The House of the Vanes occupies the site where it was the Almohad fortress, which preserves the well. It is organized around a beautiful square courtyard made in 1600, belongs to the first construction of Don Lorenzo de Ulloa and Torres. In the eighteenth century the house was renovated by Don Jorge de Cáceres and Quiñones, upon which date the gargoyles, finials and glazed ceramic large shields of the main facade.

The museum has three sections: Archaeology, Ethnography and Fine Arts.

The chronological development of the archaeological exhibition runs from the Lower Paleolithic to the early Middle Ages.

In the museum you can get an overview of the most representative of the Ages of the Copper and Bronze, the collection of stelae and objects of the Early Iron Age. You can also known the pre-Roman world and know culture of Rome as coins.

In Ethnography section shows several objects that show how cultural adaptation was at the town of Caceres. You can find also the tools and work techniques which they had. And finally, in the Fine Art section is exposed the most representative of the collection of contemporary art. 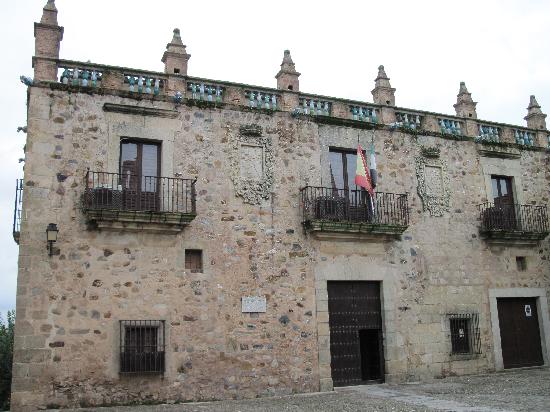